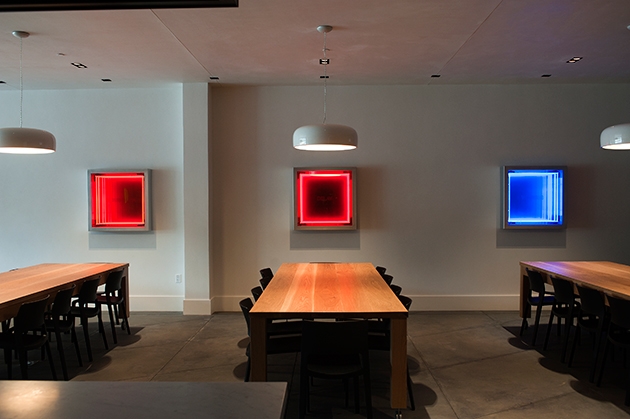 ABOUT THE WORK
Ivan Navarro is perhaps best known for his light works—socio-politically charged environments, comprised of fluorescent, neon, or incandescent lights. Referencing social issues and political events, including the aftermath of Pinochet's reign and the effects of other dictatorships in Latin America, Navarro creates light works that reflect on the trauma of recent history. Often constructing works that are shaped like chairs, doors, or billboard signs, Navarro repurposes familiar materials to comment on past events. 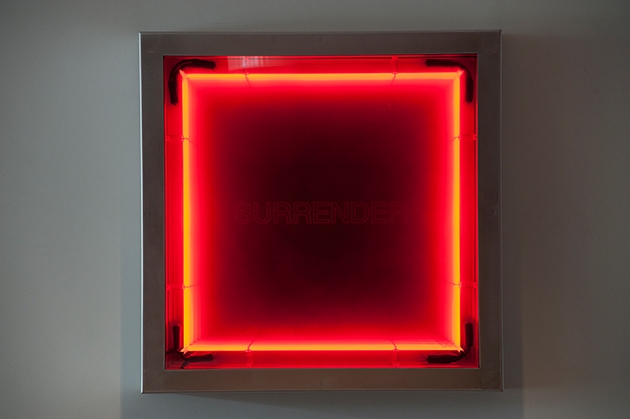 BIOGRAPHY
Ivan Navarro was born and raised in Santiago, Chile. He obtained his BFA from the University of Chile in Santiago, Chile. Navarro's works have been exhibited in galleries and museums across the globe, including the North Dakota Museum of Modern Art in Grand Forks; the Millennium Museum in Beijing, China; the Archill Gallery in Aukland, New Zealand; and the 27/7 Gallery in London, England.  Navarro currently lives and works in Brooklyn, New York.

“Our son David spent a semester at the Catholic University Business School in Santiago. One time when we were visiting David, the three of us went to the National Museum where we were mesmerized by Ivan Navarro’s use of neon. These works in the Workshop have an amazing ability to bring depth to a flat surface. Ivan chose the words, and we think they also reflect the contemplative quality of this work.” -Kathryn Hall