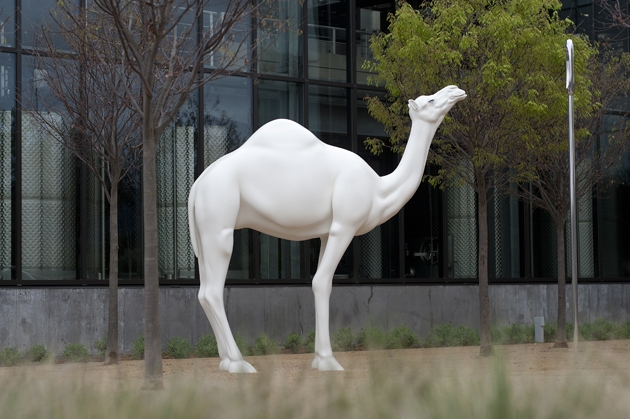 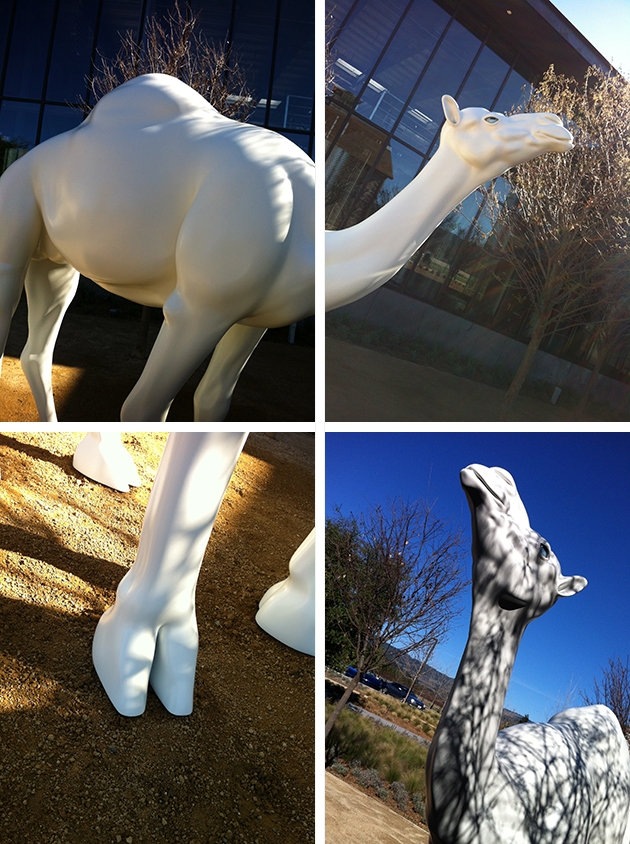 ABOUT THE WORK
John Baldessari's sculpture Camel (albino) Contemplating Needle highlights a confluence of belief from several different cultures. References to the camel and the needle appear in the Quran, the Bible, and the Midrash.

A life-size dromedary with its neck extended inquisitively eyes a super-sized needle in a way which makes the viewer think it could actually pass through the needle's eye. The colorless beast with striking blue eyes is simultaneously intriguing and peculiar, especially when stripped of its pigment and fur. 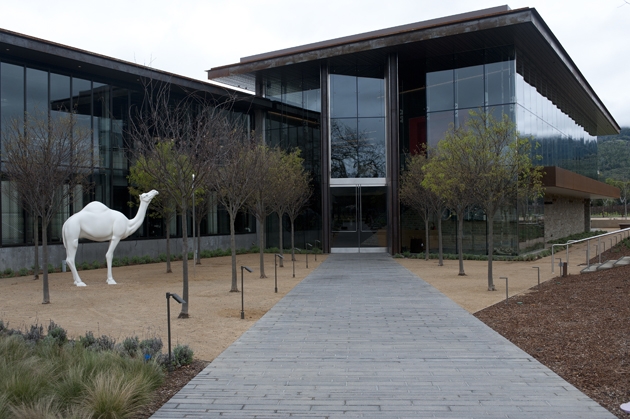 Baldessari's early works explored the ways text and image could intersect, painting statements pulled from art theory onto otherwise empty canvases. He has been featured in more than 200 solo exhibitions and in more than 1000 group exhibitions in the U.S. and Europe. His projects include artist books, videos, films, billboards, and public works. His awards and honors include memberships in the American Academy of Arts and Letters and in the American Academy of Arts and Sciences, the Americans for the Arts Lifetime Achievement Award, the Rolex Mentor and Protégé Arts Initiative, the BACA International 2008, the Golden Lion for Lifetime Achievement, awarded by La Biennale di Venezia and the City of Goslar Kaiserring in 2012. He has received honorary degrees from the National University of Ireland, San Diego State University, Otis Art Institute of Parsons School of Design, and California College of the Arts. 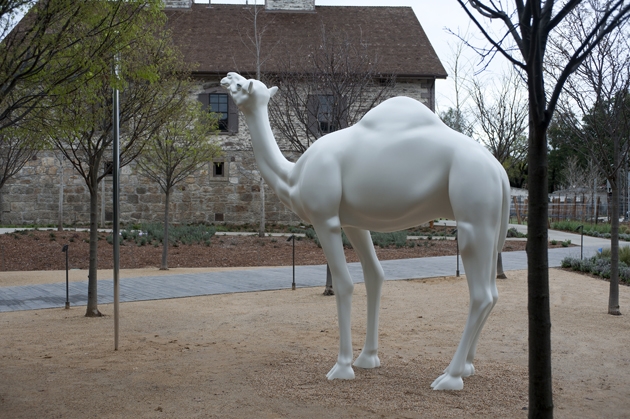