Craig and Kathryn Hall share a vision for a just and sustainable world and have created a unique business environment that combines financial success with social responsibility across all business entities. HALL is actively involved in numerous arts, culture, music, and philanthropic efforts adding to the rich and diverse character of Napa Valley. As avid lifelong art collectors, Craig and Kathryn Hall are delighted to invite guests to enjoy expressive art and world-class wines. HALL St. Helena and HALL Rutherford feature select works that are sure to inspire the senses. Our Wine and Art Exploration experience at HALL St. Helena is perfect for in-depth tour of the art collection on the property. Featuring some of the most internationally acclaimed artists today, such as John Baldessari, Jim Campbell, Nick Cave, Jaume Plensa, and Joel Shapiro, guests will be guided through the collection, while tasting some of HALL's amazing wines. 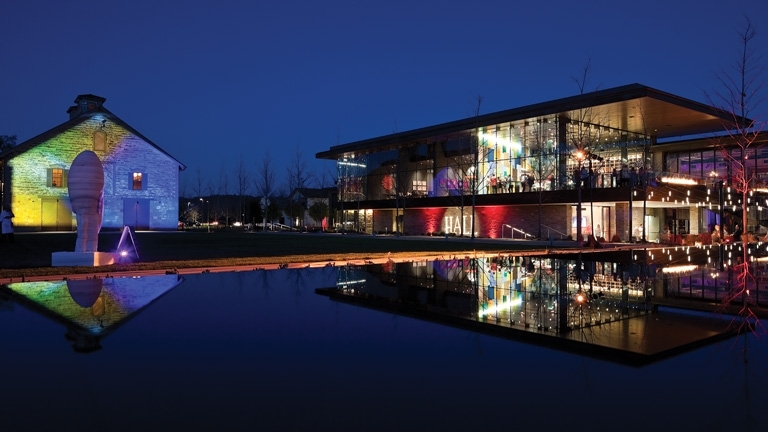 Art is something very important to us. Whether it is a monetary contribution to support local arts organizations, sharing works from their extensive collection with the public, or speaking publicly about the importance of art and culture, the Halls support and encourages long-term investment in the arts.

We believe that art nurtures and enriches quality of life and should be made easily accessible to everyone. This belief contributed to the vision at HALL St. Helena and HALL Rutherford, which were designed to showcase a unique collection of modern art. For example, visitors arriving at HALL St. Helena are greeted by a 35-foot chrome rabbit named Bunny Foo Foo who appears to be leaping out of the vineyard. We value artistic style and expression, and weave it within everything that we do.

The signature piece of art, Bunny Foo Foo, is an iconic 35-foot stainless steel rabbit leaping out of the vineyard at the entrance of HALL St. Helena on Hwy 29. With over 75 pieces of contemporary art at both HALL St. Helena and HALL Rutherford, the latter known for its Swarovski crystal chandelier by Jonquil Lemaster and Philip Lipski, guests can learn about the pieces and the background of the artists by way of an art app, available to download complimentary via app stores. For more information on the art collection with links to specific pieces and artists, please visit: Artwork.

In addition to the integration of art into the winery experiences, Craig and Kathryn Hall continue to support the arts in a myriad of ways. Since its inception in 2006, Hall was a founding supporter of Festival Napa Valley – an annual classical music festival each summer that raises money to support the promotion of Arts and Music throughout the Napa Valley. The winery serves as an annual host location and Kathryn has served as Board Member for many years. Hall. Further, HALL wines has been enthusiastic supporters of the San Francisco Opera, Cal Performances, the Dallas Summer Musicals, Live in the Vineyard and have hosted performances by the Dallas Symphony and the Vienna Boys Choir. Most importantly, we think wine and art should be accessible and fun, as evidenced by our partnership with Festival Napa Valley for a flash mob performance of Beethoven’s “Ode to Joy” during the 2015 Auction Napa Valley at Hall St. Helena.

Each Spring, HALL also hosts its annual Cabernet Cookoff, known as Napa’s most competitive food and wine pairing competition. The event brings together culinary teams from all over the world to compete for a local 501c3 charity of their choice, with event proceeds benefitting the winning teams. For over a decade, the HALL Cabernet Cookoff has been helping to raise awareness for deserving non-profits by way of this colorful, lively event. 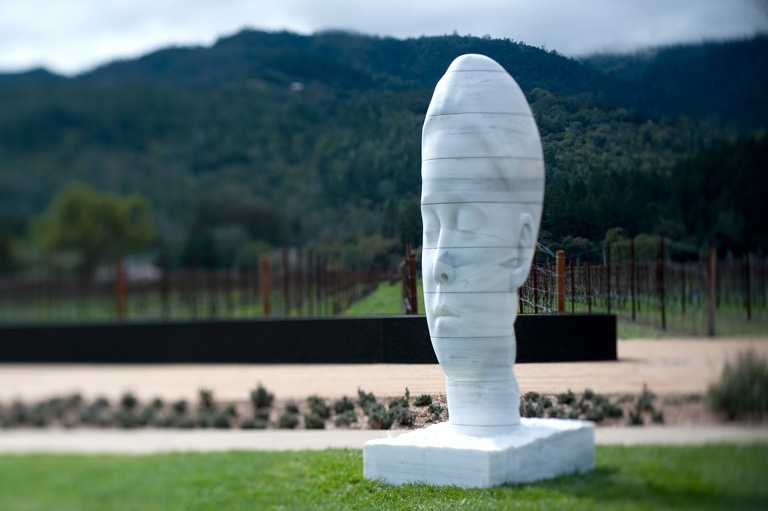 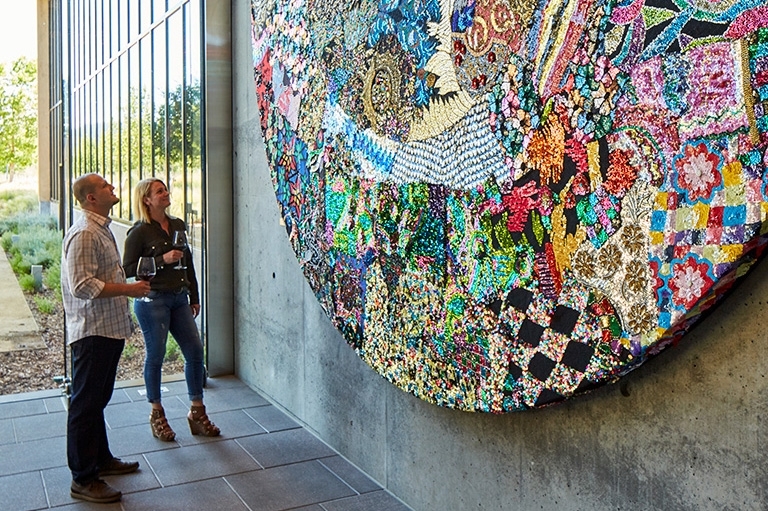 Additionally, HALL is actively involved in a number of art initiatives throughout the year, including: