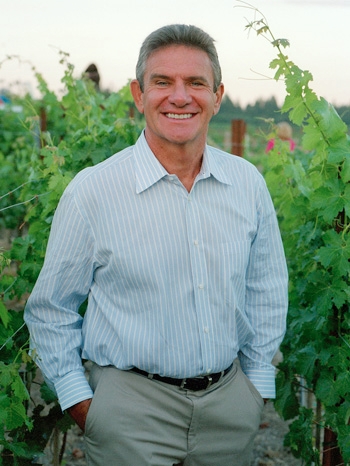 Craig Hall is chairman and founder of Dallas-based Hall Financial Group and along with his wife, Kathryn, is creating a premier vineyard and winery company in the Napa Valley.  A life-long entrepreneur and investor, in addition to the vineyard and winery business, his professional interests today include real estate, venture capital, technology and hotels in the United States and Europe. Craig Hall is the author of five books, the most recent being Timing the Real Estate Market: The Secrets to Buying Low and Selling High.

An avid lifelong art collector, Craig Hall’s collection includes contemporary art from former communist Central and Eastern European countries. A portion of his collection was loaned to the Jeu de Paume Museum in Paris as part of a show on Central and Eastern European art. He also recently developed and assembled the Texas Sculpture Garden featuring forty contemporary sculptures by living Texas artists, the largest of its kind open to the public.

Previously, Craig Hall was part owner of the Dallas Cowboys; formed one of the first stock savings and loans in Michigan; founded one of the first for-profit HMOs in the country; and participated, along with Time, Inc., in growing the nation’s largest chain of health and sports clubs.

While living in Vienna from 1997 to 2001, Craig served on the board of the Fulbright Austrian-American Educational Commission. He was also a consultant to the United States State Department and became one of the first Americans to obtain a degree in International Studies from the Diplomatic Academy, Vienna. Hall also served as director and chair of the investment committee for the American University in Bulgaria.

In 2007 Craig earned the Horatio Alger Award honoring people who have succeeded in spite of adversity. He was honored in Washington, D.C., with ten other recipients—including NBC News anchor Tom Brokaw and retired Dallas Cowboys quarterback Roger Staubauch.