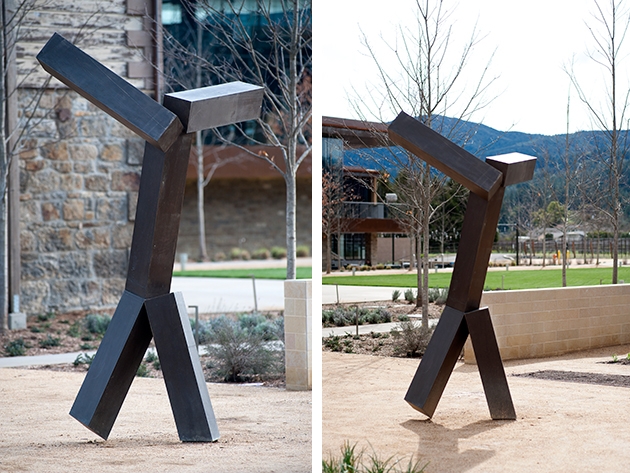 Joel Shapiro creates compelling sculptures of humanlike forms, embracing an esthetic that lies between figuration and abstraction. Human activity is referenced through the large-scale geometric shapes, creating a dynamic, kinetic sense of movement and joy.

Born in New York City, Joel Shapiro became a well-known modernist sculptor of blocky, geometric designs that often resemble human figures. He earned a BA degree from New York University in 1964 and then served in the Peace Corps in India from 1965 to 1967. In 1969, he earned his MA from New York University and then focused his attention on his signature sculpture. He was commissioned to do projects for the United States Holocaust Memorial Museum in Washington, D.C., and has participated in numerous exhibitions including the Whitney Biennials.