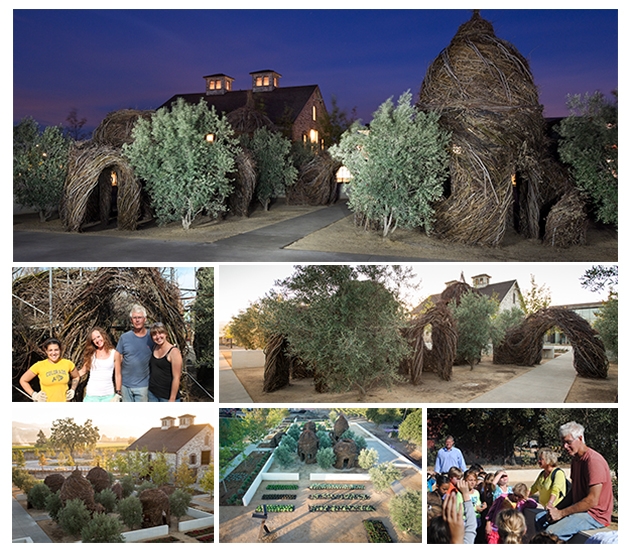 Patrick Dougherty uses tree saplings as his artistic medium. His interest in nature and its inherent magic dates back to his youth in rural North Carolina, where he would build tree houses, forts, lean-tos, and hide-outs to the delight of his many younger siblings. Created by interweaving branches and twigs together, Dougherty’s work alludes to nests, cocoons, hives, and lairs built by animals, as well as the manmade forms of huts, haystacks, and baskets. His work typically appears found rather than made, as if it had been created by the natural forces of a tornado. Dougherty intentionally pursues this effortless effect, as though his creations just fell from the sky in a gust of wind or grew up naturally in their settings.