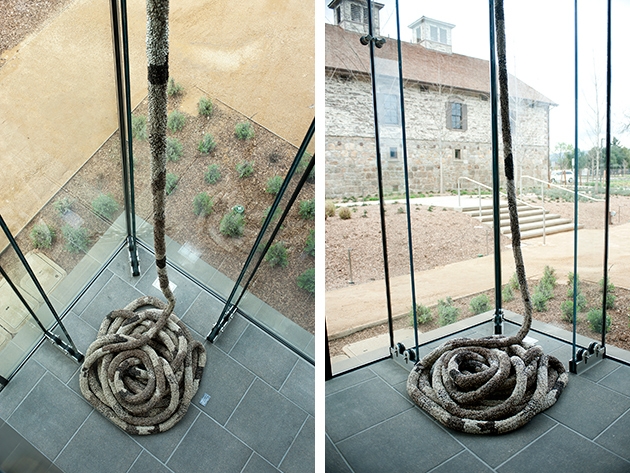 Emerging from the rapidly radically shifting topography of India under the explosive impact of globalization, Vibha Galhotra's art focuses on the context of displacement, nostalgia, identity, existence construction or deconstruction, the banal cultural condition in, around an environment of negotiation in a new and constantly changing urban atmosphere.Galhotra works in a variety of mediums, including photography, animation, found objects, and performative objects such as ghungroos, installation and sculpture to create experiential spaces.

Vibha Galhotra received her BFA from Government College of Arts, Chandigarh, and her MFA from Kala Bhavan, Santiniketan.  Her solo shows include "Intruder" Indigo Blue Art Gallery, Singapore in 2010 and "Metropia" Project 88, Mumbai in 2008.  She has also participated in many group shows at Essl Museum in Austria in 2010, Art Basel, Miami, Jack Shainman Gallery, among others.

Galhotra was awarded the Inlaks Foundation Fine Arts Award in 2003 and a National Scholarship from the Ministry of Culture, Government of India, in 2001. She has also served as a visiting member of the faculty at the National Institute Fashion Technology, New Delhi.  The artist's work is in many private collections in India and abroad such as the Gates Foundation, Essel Museum in Austria, and the Devi Art Foundation in India. Galhotra lives and works in New Delhi.